Ten years ago, the churches in the West Khasi Hills District were celebrating the centennial of the 1906 revival – a movement brought to the continent by Welsh missionaries, two years after their own revival. A few weeks after the centennial ceremony, a curious thing happened – local children began experiencing the Holy Spirit. It was the children, in fact, who are credited to starting the actual revival; many reported having visions and seeing angels. In one Jainita Hills schoolroom, activities were disrupted when one student began singing and suddenly, “the whole classroom was anointed” witnesses say, 30-40 students, some lying in a trance, some prophesying, some taken outside to recover from visions.

Many churches reported a strange, glowing dust that would fall upon the congregations while worshipping. Children reported visions of heaven in which they were dancing with the angels and saw the Lord face to face. The children gave similarly amazing descriptions of beautiful gardens, varieties of fruit trees, assorted birds and angels. Some claim to have seen Christ; others to have seen younger siblings or family members they have never met, who recognized them immediately. Some awoke from the vision still waving to whomever they had been conversing with. One child claims to have returned on the back of a horse; two more, on the back of a lion.

END_OF_DOCUMENT_TOKEN_TO_BE_REPLACED

In the state of Meghalaya, Khasi priests have an ancient tradition that involves breaking an egg and calling a person’s name to the gods to determine their fortune. The egg is dropped on the ground, facing the East. The person’s fate is predicted by factors such as how far the egg spreads, whether the yolk is intact, or whether the shell covers the yolk.

I think of this at breakfast, watching the hired help scramble eggs into something called “rumble tumble” and toast.  Pamu sits at the table reading his newspaper, as a stray cat wanders in through the open door. I look at Pamu, but he just glances at the cat and shrugs. The cat meanders around the room, gives us a bored look, then saunters out the open door. Two children come to the door begging for food and Sarah quietly gives them something to eat.

Later that morning, I visit another regional Shillong landmark, Elephant Falls, with Pamu’s sister-in-law. On our way to the falls, the streets are bumper to bumper with black or gray vehicles with 1960s-style, unfiltered exhaust pipes. The chauffeur cracks the front windows and I watch the smoke stream in front of the headlights like clouds of fog. After being in traffic for several minutes, my sinuses are aching, and I have to reach for a scarf to cover my nose and mouth.

A dump truck passes us on the right, its bumper simply reading, GOOD LUCK.

END_OF_DOCUMENT_TOKEN_TO_BE_REPLACED

Daylight reveals Shillong to be a colorful mountain town – brightly colored washlines, school children in white shirts and maroon sweaters, houses piled on top of each other, crisscrossed with power lines and lush overgrowth of mountain greenery.

I proceed to the downstairs bathroom to take a shower while Pamu and Sarah are at work – my first experience in Indian-style bathrooms.  Many houses in the area simply have a knee-level faucet and large plastic bucket, so I am relieved to see an actual showerhead protruding from the wall. Yet while the floor is tiled, there is no area sectioned off for the shower – no curtain or sloped floor – just regular tile.

I look for a drain to make sure the water would be allowed out, but curiously, there is none.

How do you shower without a drain?

END_OF_DOCUMENT_TOKEN_TO_BE_REPLACED

Upon landing in Delhi, the view of the city is obscured by heavy smog – so thick you are unable to see from one end of the airport to the other. The women are wearing traditional saris or the popular salwar kamiz, a tunic and leggings. Most of the men are wearing collared shirts from the 1970s – beige, green, mustard and orange colors – big glasses, rings with large stones, mustaches and gold jewelry. Several wear turbans, berets or the olive-colored shirts of the Indian military.

The country of India is a cultural mosaic unlike any other in the world. The mix of traditional, Western and local heritage varies from state to state almost as widely as the climate and topography.  India’s three major cities are Mumbai, Delhi and Kolkata, formerly known by their respective English names, Bombay, New Delhi and Calcutta.

To pass the time while waiting for my flight to the city of Guwahati in the northeast corner of India, I pick up a discarded copy of an Indian newspaper, The Hindustan Times, which includes a Classified section containing three pages of small-print “Grooms Wanted For,” followed by three pages of “Brides Wanted For” advertisements. India is famous for its matchmaking traditions – specifically, the time-honored practice of “arranged marriage.”

END_OF_DOCUMENT_TOKEN_TO_BE_REPLACED

There is no such thing as a “casual trip” to India, let me tell you – and if there were, the Indian visa process will beat it out of you. After booking my airfare, I went to get a new visa photo taken – no glasses, no bangs, no smiles, per the instructions. I stared solemnly ahead, trying not to look like an angry terrorist in the photo.

Packing was a tad bit tricky, as the Indian climate can range from unbearable heat to monsoon to chilly all in one place, depending on the altitude and region.

I packed sleeveless shirts and shorts, then immediately unpacked them, remembering that showing ones arms or legs is not considered modest. The only poncho I had was neon yellow, which could be functional in a monsoon, but didn’t exactly say “American flying under the radar.” I packed an entire digestive suite of Pepto Bismol, Imodium and Tums – you name it. And instant coffee for the jet lag, in case I landed in the land of tea, with only hand signals to express my need for caffeine. Being advised to bring wet wipes, but without specifics on why, I threw in a roll or two of toilet paper (never a bad idea), at the very least being fully prepared to roll something if Auburn beat Alabama in the Iron Bowl while I was gone.

END_OF_DOCUMENT_TOKEN_TO_BE_REPLACED

Some of you may know, a few years ago, I took a trip around the world to Brazil, Wales, Tanzania, China and Honduras to get a traveler’s perspective on Christianity around the world. Back in the U.S. afterward, life slowly started to return to normal. You soon forget the lack of hot water, sporadic electricity, internet and indoor plumbing (well no, let’s be honest, you don’t forget that), and are right back in the middle of mundane details like paying bills, answering emails and ironing your pants.

It was a great trip, but something was missing, like a conversation with something still left unsaid.

When I wrote Coffee, Tea and Holy Water, I was often asked why I didn’t include the country of India. The answer was simple, “India could be a whole other book by itself,” I would joke.

Somewhere along the way, this answer became real.

END_OF_DOCUMENT_TOKEN_TO_BE_REPLACED

Wanted to wish everyone a happy fall! Several of you have asked when my next writing project will be available. I’ve started a second book project based on a trip I took to India awhile back. For those of you who enjoyed Coffee, Tea and Holy Water, it has the same travelogue perspective, framed around a trip to Shillong and Kolkata (Calcutta), India.

The title of the project is Doing the Needful, an Indian-English phrase. Translated literally, it means “Do what’s most important” or “Do this one thing.”

Starting on Sept. 18, I’ll be releasing a portion on the blog on Mondays, Tuesday and Thursdays through Oct. 24. Feel free to like and share with friends on Facebook if any of the posts resonate with you.

I hope it inspires and encourages your heart. Be blessed!

To celebrate the start of summer, here’s some photos I took on a trip to Sanibel and Captiva Island, Florida earlier this  month. Sanibel is a great shelling beach, just off the coast of Ft Myers, FL — one of the best shelling beaches in the world. Lots of great wildlife on the island. 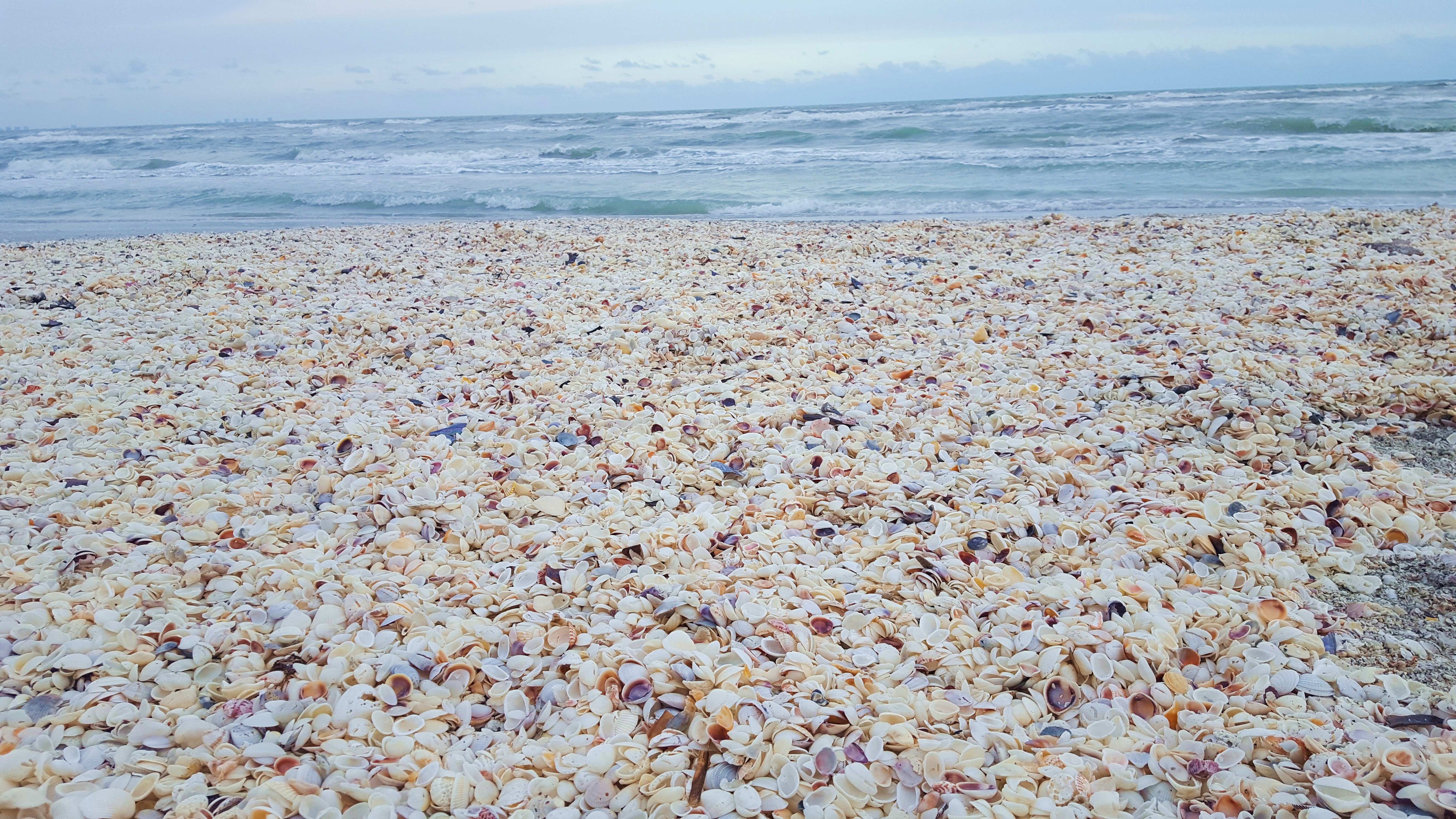 To say Sanibel is a “shelling beach” might be an understatement….shells for days and days. 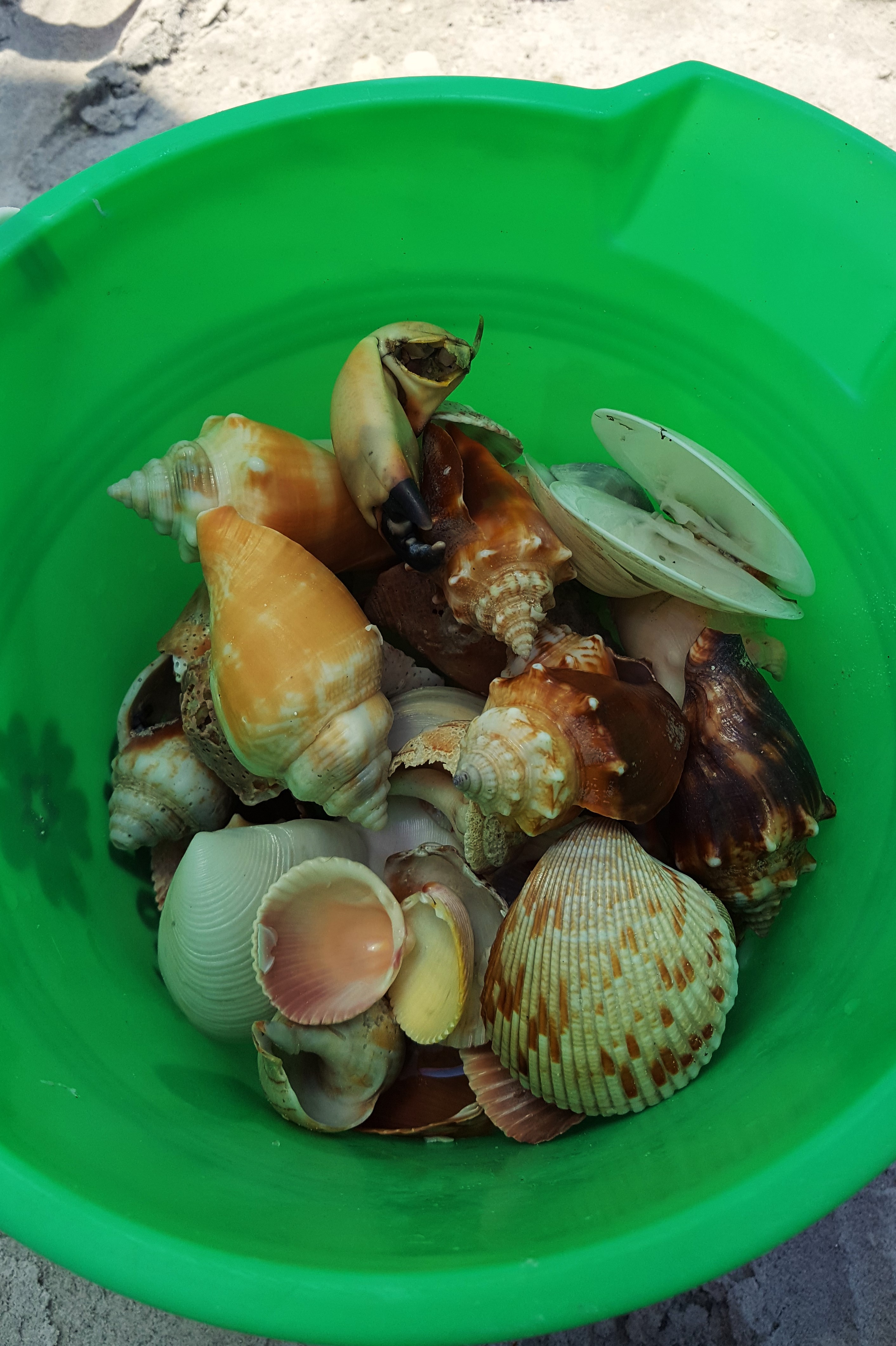 A few of the gems found on the beach. 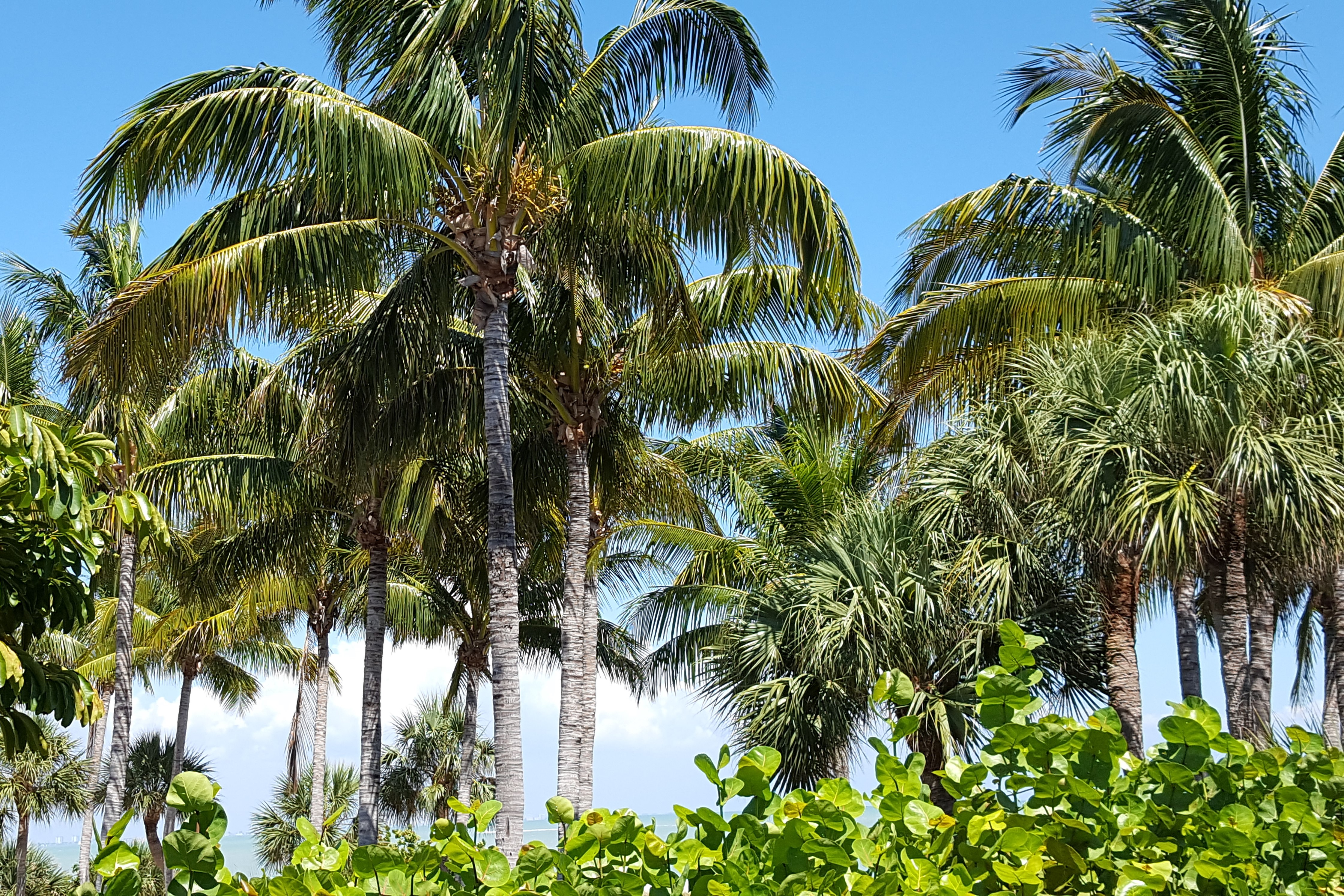 Such pretty palm trees — you could tell whether a storm was coming by looking at the trees.
END_OF_DOCUMENT_TOKEN_TO_BE_REPLACED 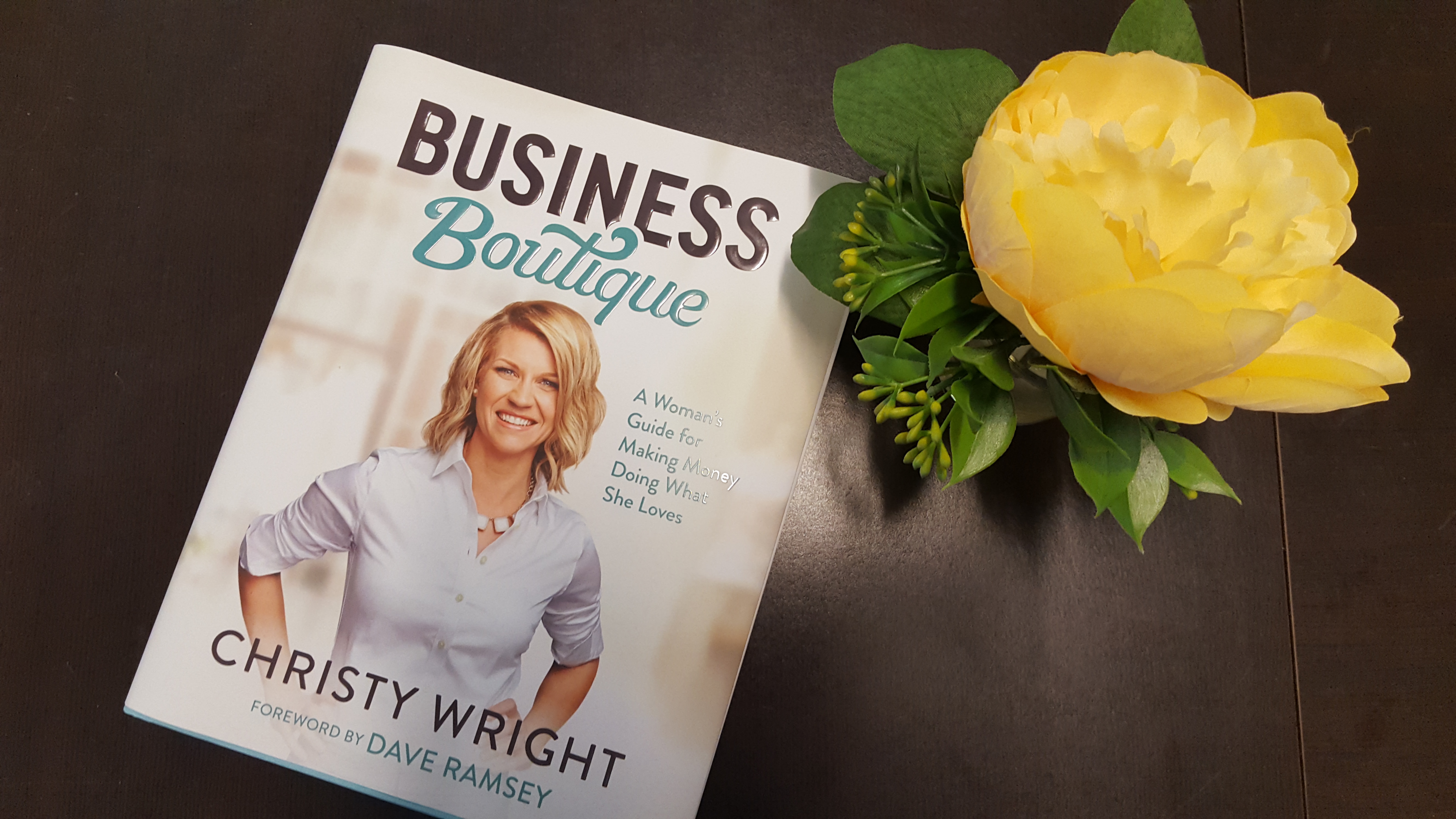 Today’s post is a review of a hot new bestseller – Business Boutique by my friend Christy Wright.

Business Boutique: A Woman’s Guide to Doing What She Loves takes readers through the path of turning a side hobby into a fulfilling day job, speaking wisdom and experience into every detail, including:

A certified business coach and Dave Ramsey personality, Christy encourages mightily while communicating tips and advice designed to strengthen the morale of even the most faint-hearted.

Highly recommended for anyone considering their own side business, you can check out Business Boutique and learn more about Christy here!

END_OF_DOCUMENT_TOKEN_TO_BE_REPLACED

Great blog post by Ann Voskamp: how we could get to be the kind of people the world needs right now

Thought-provoking article on an interesting current topic – and a heartwarming story to boot:

As Voskamp so eloquently writes:

Be sure and check it out! You can read more of her writing at AnnVoskamp.com