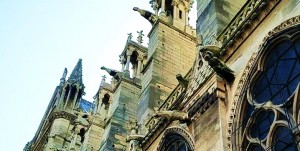 I am disturbed to hear your recent news – so your charge has joined a small community group, has he? What possessed you to let that happen? You should have used any means available – a flat tire, Thursday night football, a bowling league, even a promotion at work with overtime would have been preferable to this.

I perhaps neglected to impart the crucial admonition of making your man an island. Fortunately today this is a very easy thing to do – it has never been easier in fact. With a steady stream of emails, texts, snapchats and Facebook friends, not to mention 600 cable channels and unlimited internet (a handy bait indeed), your man will actually pride himself on being plugged in while he is, in fact, spending all of his time alone.

Attacks on a post with able reinforcements, with an adequate supply line are usually much less successful than attacks on an isolated human. Do not underestimate creation of the proper environment. Humans are relational creatures – they need a good deal of support to survive. To destroy the man (and consequently undo his relationship with our Rival), you must attack his relationships.

Well, not much can be done about it now.

On this note, you say your charge also has strong beliefs and you are finding it difficult to dissuade him. Here I am inclined to agree – the stronger the beliefs, the less likely an outright assault is to work.

Compromise is the order of the day. You say your human would never stop attending services (a deplorable weekly habit)? Fine. Convince her it is not necessary to go every Sunday. The same with his personal Bible studies – every day is far too much (shouldn’t he be spending time with his wife or kids?) – see previous newsletter. Once in awhile will do. Find some modern music harmonizing about insolence, arrogance, indecency, corruption and immorality in the most glorious fashion. The catchier the better – and have it rotating on his playlist right alongside Great is Thy Faithfulness. Fill his DVR with fascinating tales of degradation, deceit, adultery and foul language. With any luck you will have him repeating it.

You say he believes in a higher power – convince him that not only does our Rival not have the undisputed claim to that title, but that to think so is arrogance, and makes him a rotten human being. Have him befriend the nicest, most unrepentant transgressors you can find – persuade him they are sophisticated and charming. Convince him that every man’s life is his own and who is he to judge.

If this sounds like a lot of work, never fear – the culture will be in your favor. It is not a new game we play, however, but an old one. Tolerance has its virtues, but not in our market. We would never encourage the sort of altruism or benevolence it can achieve with alternate use. We seek indulgence, allowance and moral lawlessness with a satin collar. Used properly, this can be a most pleasing vessel for hedonism, although the charge must never suspect his convictions are being muddled.

He must never suspect this re-arrangement behind the fortress – indeed, he must continue its building with a most fervent ardor. Have him take pride in its height and marvel at its depth. You have created a tunnel of sorts to which only you have the key.

Which should make it easy to take up the permanent residence you require.